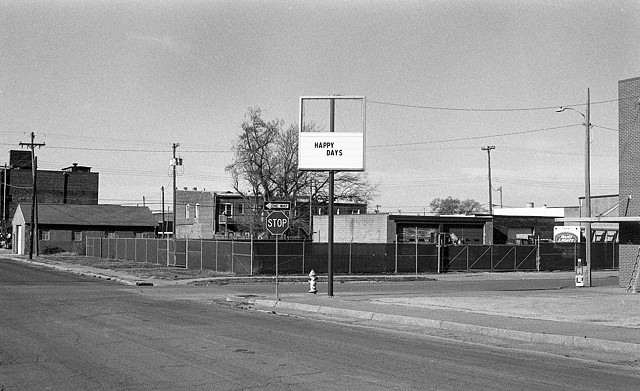 This body of work was photographed on intermittent trips to my hometown of Kansas City between the Summer of 2019 and the Spring of 2020. Growing up in a mid-sized, midwestern city, I developed an aversion to the suburban environment in which I was raised. Making New York City my "college town" felt like the most logical step in escaping all that is mundane.

Returning on trips home, I eventually found a new affinity for the environment I had once fled from. Time spent at home became an investigation into the long-standing public places whose existence we expect but also overlook, ultimately uncovering a landscape filled with public displays of signage, typography, and, at times, humor. This collection of photographs has become both a means of personal reconciliation with my childhood surroundings and a representation of a desolate mid-American economy and lifestyle.