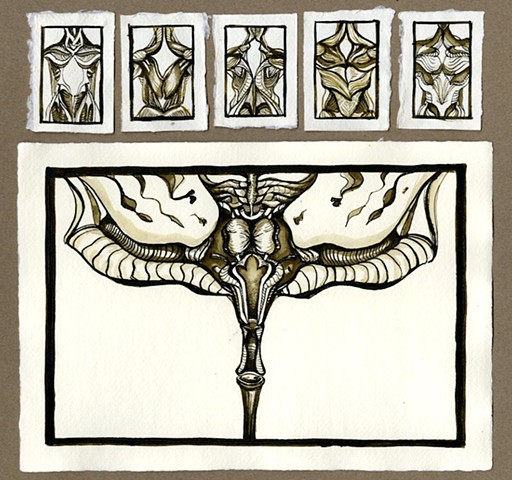 Anastomosis (noun): the union of normally separate parts, branches or organs in the body.

This collection functions as a sort of pseudoscientific encyclopedia of anatomy: one that draws inspiration from antique illustrations and modern graphic styles alike. Pieces vary in size and degree of embellishment, but each experiments with the lines between real and imagined constructions. They are hand-drawn in acrylic ink and grouped by visual language rather than tangible subject matter.

The absence of text further emphasizes the importance of aesthetic relationships and, ultimately, the open-endedness of their interpretation. Although no piece is entirely abstract, many compile several anatomical structures to create new organic forms. Viewers are invited to form their own connections between individual parts and the set as whole.