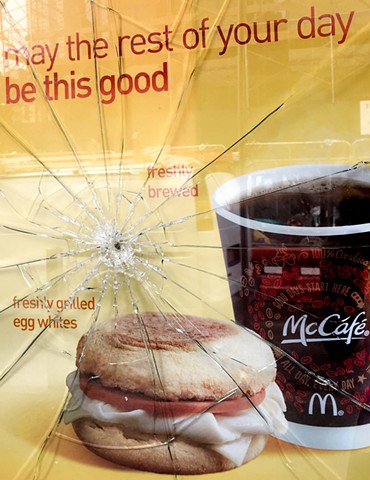 The current exhibition in the Ildiko Butler Gallery, Mother Tongue, consists of vertical color images made between 2015 and 2016 in the United Kingdom, Switzerland, and the United States.

These photographs of advertisements, signage, and other functional objects depict communication in the environment. Compact and graphic in style, the images show various failures of visual messages, both commercial and civic. Focusing on their dysfunctional nature, the series plays on self-promotion and empty rhetoric.

The title of this exhibition, Mother Tongue, ironically references one’s native language known since childhood. In these instances, the language no longer functions as expected as it meets contextual change and other sets of meaning.