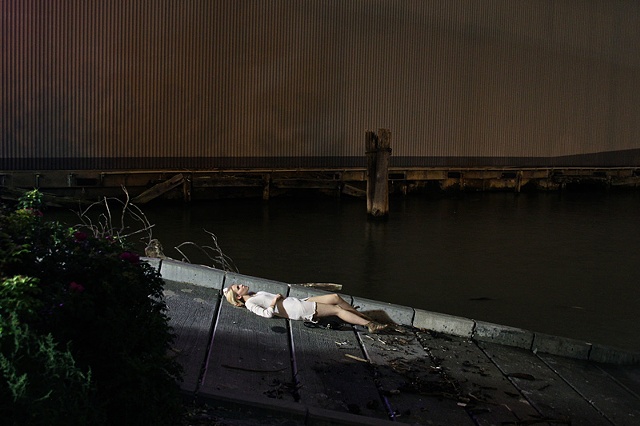 My fundamental interest in photography lies in its narrative potential in spite of the limitations and constraints of being a still image. In my photographs, I present a scene that I have carefully cast and directed and use the viewpoint of the camera to describe a stage that has either been found or constructed. For me, taking the route of staged photography, in many ways, resembles theater. While I am well aware of photography that mimics cinema, I am using photography as a form of stagecraft. Though the narratives alluded to in my photographs are open to viewer interpretation, each scene contains a variety of clues to influence the viewers understanding of the intended story.

Recently, I have begun to include photographs that have not been directed within my series. By doing this, I am challenging the current belief that photography is divided into two camps: the staged and the “real.” Though I still seek out specific stages, I do not have an intended narrative nor do I direct the scene. For the show, I will present a combination of staged and found scenes though I will make no distinction to inform the viewer of what they are seeing and thus mixing and challenging the understanding of what photography is today.