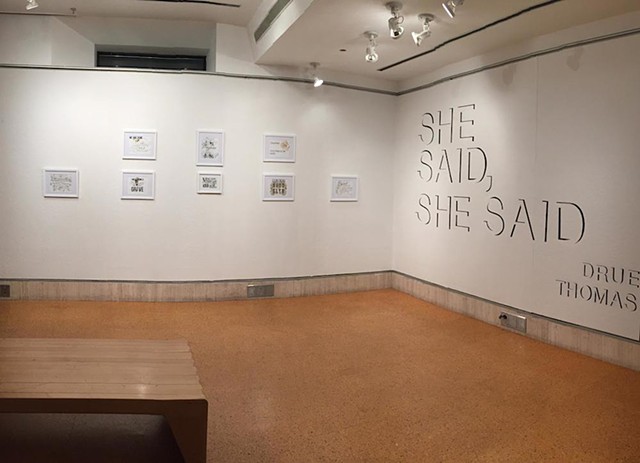 SHE SAID, SHE SAID

Began this project because there is something to be said for the ridiculous, hilari- ous, the politically incorrect, and blatantly inappropriate nature of human interac- tion. Or because honestly, I just want to keep up this ridiculous inside joke with a friend. Maybe a bit of both.

This all started with an offhanded, “ya-know-if-someone-took-my-chat history- and- made-it-into-a-book-or-something-that-would-be-really-hilarious” type com- ment I’m sure everyone has made to a friend or coworker. I worked a job I hated, in an office that made me want to rip out my hair. The highlights of my shifts became Gmail Chats with a friend detailing our hilarious misadventures and shortcomings through explicit and often downright crude blurbs shot back and forth in an instant then lost in the void of the inter-webs.

Whether we talked about super serious brunch plans or our imminent obesity didn’t really matter; what I cared about was the momentary escape from my life. For a second I was giggling at my desk in hushed tones not concerned with the crushing weight of reality. This is my attempt to bottle that up. I hope that it reminds you of the ridiculous folks in your life that take you away for a moment— from the truly saddening nature of the universe—and allow you to laugh.