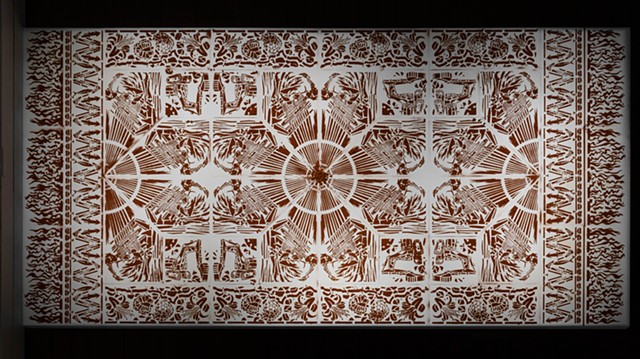 Ya-chu Kang (Taipei, Taiwan) is a multidisciplinary artist working with various media. Her practice focuses on questioning the relationship between humans and nature and their intersection with social issues.

Kang conducts her art and research based on textile cultural history and contemporary social behavior. She discusses the relationship between craft and physical labor, living conditions and migration, trade, and social structure. She questions how modernity today influences tradition, economy, and natural environments. Her travel and residency experience implicitly shape her perception, and the themes often reflect boundaries, life, and process.

Kang is a recipient of the 2007 Freeman Fellowship Program of Vermont Studio Center in the USA, the 2008 Asian Cultural Council Fellowship Program, the 2014 Lung Yingtai Cultural Foundation Fellowship Program, and various AIR Fellowship for her cultural research. Since 2006 she has exhibited works locally and internationally in Japan, Europe, North America, and South Asia. Additionally, she has researched textile culture in Japan, Peru, Thailand, and India. Her publications include Textile Map Volumes 1, 2, and 3. Kang also engages in art education and community collaboration projects. Kang Ya-Chu Website

Dirt Carpet #9 - Taitung, 2020, Mountain dirt The concept of this installation originated in the Taitung city’s location which is surrounding by mountains and facing the sea, where you can see the first sun rises from the Pacific Ocean. It has a stunning natural landscape, the traditional settlements of aboriginal cultures, and the rich natural resources that have been attracting many land development company’s investments. Thus, the ongoing construction process caused ecological concerns and controversy which indirectly destroyed the beaches and marine environment.

Dirt Carpet #9 is made out of dirt and crushed stones into repeating and symmetrical patterns with sun and rays of light in the center representing the warp yarns of the backstrap weaving loom. This type of loom is using two beams to hold the warp yarns that attached to a strap that passes across the weaver's back and is fixed at the waist part for weaving, and this weaving method is popular among many indigenous cultures in various countries. The rhythmical body movements of the weavers relate to the idea that the human body accumulates the power of the universe.

These patterns including daylilies, sugar apples, bonito fish, pottery spinning wheel, and agricultural artifacts unearthed from the prehistoric ruins, in addition to the construction-related images. They transform life experiences into texture images to respond to the relationship between people and environment, forms, and life. The Dirt Carpet installation generates an unpredictable external force as time passes. The concept reflects the cycle of the universe and how life responds to action and intervention changed the patterns. Location: Taitung Art Museum, Taitung, Taiwan

About Dirt Carpet The Dirt Carpet series has been presented in Taiwan, Thailand, Turkey, Portugal, UK, and Hong Kong. It is based on the artist’s cultural research and utilizes the shift of patterns and materials. It is about creating meaning and visual presentation and bringing a new physical experience for audiences.