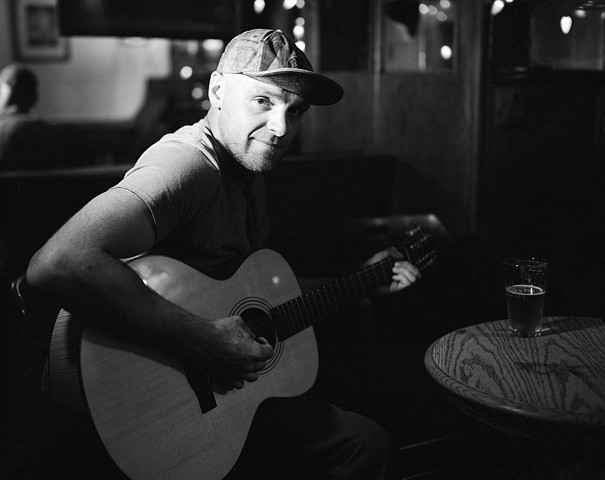 "Most of us, no matter what we say, are walking in the dark, whistling in the dark. Nobody knows what is going to happen to them from one moment to the next, or how one will bear it. This is irreducible. And it’s true for everybody. Now, it is true that the nature of society is to create, among its citizens, an illusion of safety; but it is also absolutely true that the safety is always necessarily an illusion." —James Baldwin

“It is a curious emotion, this certain homesickness I have in mind. With Americans, it is a national trait, as native to us as the roller-coaster or the jukebox. It is no simple longing for the home town or country of our birth. The emotion is Janus-faced: we are torn between a nostalgia for the familiar and an urge for the foreign and strange. As often as not, we are homesick most for the places we have never known.” —Carson McCullers

Polaris and Down By Law are ongoing bodies of work that I began in 2015. My photographs picture, but aren’t limited to, the dark mythology of the American dream and the timeless story of returning home.

In Polaris, characters, archetypes, and dreamlike landscapes inhabit 50 miles on a road to nowhere. I grew up in a working-class family catching salmon on a twenty-six-foot hand troller. My parents taught me where the north star was in the night sky. This was a practical instruction given in case I was ever lost in the woods or at sea. This constellation alluded to in literature, myth, and song has guided seafaring people for time immemorial. These photographs were made in my hometown of Juneau, Alaska. One of the few capital cities in the United States without a road to the outside world.

The photographs made in Down By Law are made as I’m headed home to Alaska in the summertime. In 2016, I bought a car to bring home to my family and drove from the Bronx to Alaska through the southern states and up through British Columbia. It was a roughly 8,000-mile journey that included a grand finale getting the car and myself into town on a ferry.

I was a resident with Antenna Gallery the following year and spent three months living in New Orleans. For the past five years, I’ve photographed rodeos in Texas, New Mexico, and Oklahoma. The rodeo is a contemporary colosseum and a meeting place for folks in big cities and small towns.

The history of photography is rife with work made by the upper classes. These visitors often have little connection to people and places they image. In my work, I’m not attempting to document or sensationalize working class, and queer life. I’m authoring what I would like to exist about my communities in contemporary culture.

I continue to return to the places where I make photographs. Revisiting friends, making new friends, meeting strangers, staying for as many weeks and months as I can before I run out of money or film or both, and letting the spirit move me.