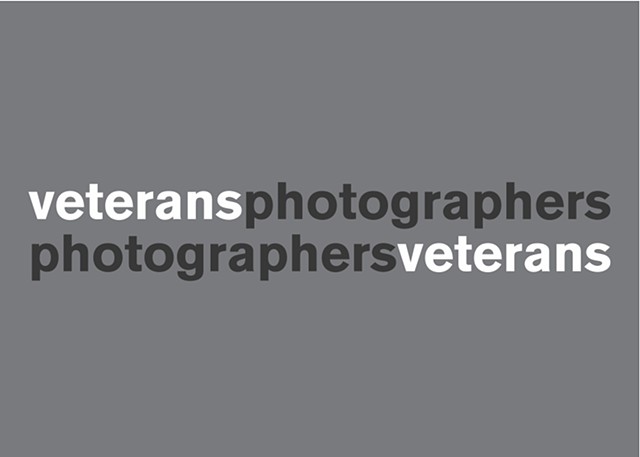 veteransphotographers photographersveterans brings together forty images made by eight artists who have studied photography at Fordham University. Philip D'Afflisio, Dawn Jolly, Cody Adam Pearce, Oswaldo Pereira, and David Wiggins are Fordham University alumni and Douglas Dacy, James McCracken, and Giovani Santoro are currently matriculated students. Working in black and white, color, and with both traditional and digital photographic technologies, their work represents a range of years, styles, and interests; however, despite their differences, each photographer is engaged in the process of carefully studying the world and representing it in a descriptive manner. Significantly, each of the exhibition participants is a veteran of the United States Armed Forces.

Philip D'Afflisio’s color images focus on details in the landscape, particularly objects that foreground a sense of history. There is a classical beauty to the photographs, as well as recognition of inherent mystery. His picturesque image of an alert hunting dog leads us into this exhibition and sets the tone of inquiry found throughout the show.

Douglas Dacy’s images pay special attention to form and the simple qualities of light. Illumination imparts significance to both landscapes and still lifes, regardless of the nature of the subject matter. The resultant photographs are poetic meditations on the ordinary.

Dawn Jolly’s photographs were made during the Visual Arts Department course Documentary Photography: Italy. They display Rome and its inhabitants bathed in the beautiful summertime Mediterranean light, yet hint at social issues of gender and race just below the surface.

James McCracken’s quiet images made in Virginia along the West Virginia border provide a glimpse into territory that he is intimately familiar with, as he was raised in nearby Richmond. His spartan landscapes are precise descriptions of the topography, of the season, and have a timeless quality.

Cody Adam Pearce’s black and white images made in Morocco and Iraq are carefully composed studies of the relationship between humans and the landscape. In some cases the figure is directly featured, in other cases the human presence is dwarfed by its surroundings, or even absent entirely.

Oswaldo Pereira makes very traditional, black and white documentary images of subject matter that is anything but traditional—an S&M convention in New York City. His understated approach to the topic yields a pragmatic record of an atypical event.

Giovani Santoro spent the summer of 2014 traveling throughout Italy as the recipient of the Visual Arts Department’s Ildiko Butler Travel Grant. His images in this exhibition contrast the architecture and opulent spaces of Rome with their inhabitants.

David Wiggins subtly adjusts the tonalities in his images highlighting latent faces that he detects in the tarmac of roads and streets. The resulting portraits accentuate the surreal hiding within the everyday.

Regardless of the photographers’ chosen subjects, all participants in this exhibition are deeply engaged in the process of looking at what is in front of them. Their images embrace a long tradition in the medium of photography that celebrates the revelatory power of direct representation.