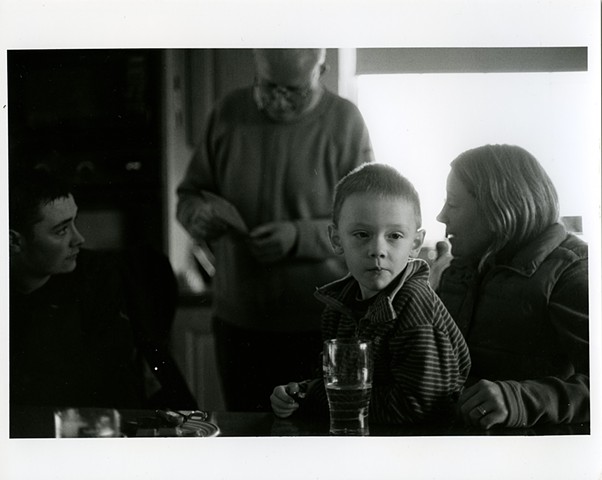 ‘We stood footloose, at home beyond the tribe.

More scouts than strangers, ghosts who’d walked abroad Unfazed by light, to make a new beginning And make a go of it, alive and sinning, Ourselves again, free-willed again, not bad.’

I am interested in photographing human gestures and expressions as small reflections of the tender and ritual qualities of family life, whether I photograph my family or people I barely know. I have separated these photographs into two groups: one is composed of photographs taken in and around Galway, Ireland, from January to May of 2012. The other group includes photographs of family and friends taken in Connecticut and New York from May of 2011 to February of 2013.

I derive my title from Irish poet Seamus Heaney’s ‘Tollund’ because his detailed, emotive portrayal of both relationships and solitude is similar to the way I seek to show these in my photographs.

for my grandparents & for Ireland