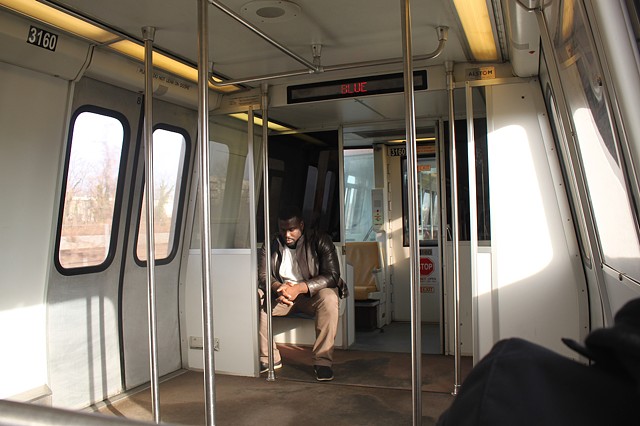 For my senior thesis, I’ve chosen to feature two bodies of work. While at first, these sets seemed separate, upon closer inspection, I realized they share a relationship with each other. The first set of six images feature individual portraits of men found across different American cities, ages, careers, and ethnic backgrounds. Shot in public spaces of Santa Monica, Washington D.C., and various pockets of Manhattan, the portraits display these characters from a distant focal point that adds an element of isolation to their perceived states of solitude or meditation in their respective worlds.

The second set of photographs focuses on capturing the essence of the beyond. In this series, people are absent, and instead, space is filled by otherworldly entities that serve as placeholders for people. Religion, spirituality, mythology, and mysticism are represented in these images. Whether communicated obviously or subliminally, each placeholder captures the embodiment of the supernatural that coexists and weaves silently into the fabric of our daily lives.