Past Exhibitions > Senior Highlights: Current Work from the Senior Seminar 2013 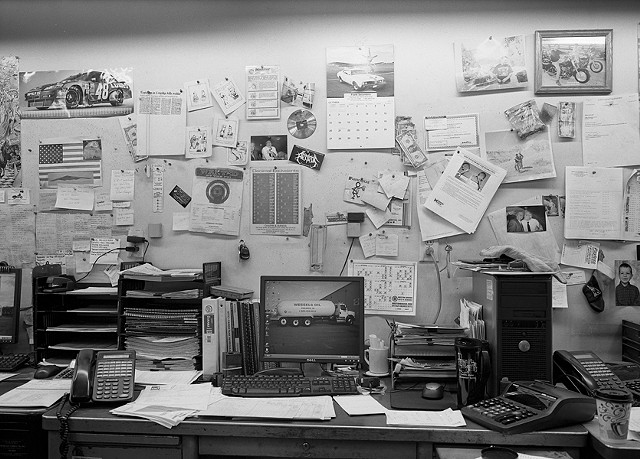 This project derives from my interest in the interconnection between people and their immediate environments. To investigate this theme I chose to shoot in a company called Liberty Oil in East Hartford, Connecticut; an oil truck shop that specializes in building, repairing, and selling oil trucks and oil truck parts. My father, along with many other employees, has worked there most of his life. The space is their own, completely taken over and claimed by the workers who work there every day.

By exploring the connections between people, environments, and the meditational of personality between them in a work place a greater theme comes to the foreground. A profession is commonly seen as a job, a career, a trade, something that one does in order to make money, to “get by.” But profession, in the sense that one is professing, is something different. A profession is also an act of expressing one’s ideas, political or religious, grand or simple, one’s habits, passions, and beliefs, and generally one’s character. People and environments are not completely separate entities. Rather, they share a common connection through the characters that they express. By examining an environment and what it professes, one can discover something about the people who inhabit it.